Hi-Point’s new iteration of the C9 has been taking the internet by storm over the last week, and for good reason. This new and redesigned 9mm pistol didn’t have a name yet, so Hi-Point took to the internet for suggestions. What could possibly go wrong? Their “Name the Nine” contest allowed for users to submit names for the new pistol, set to release later this year. 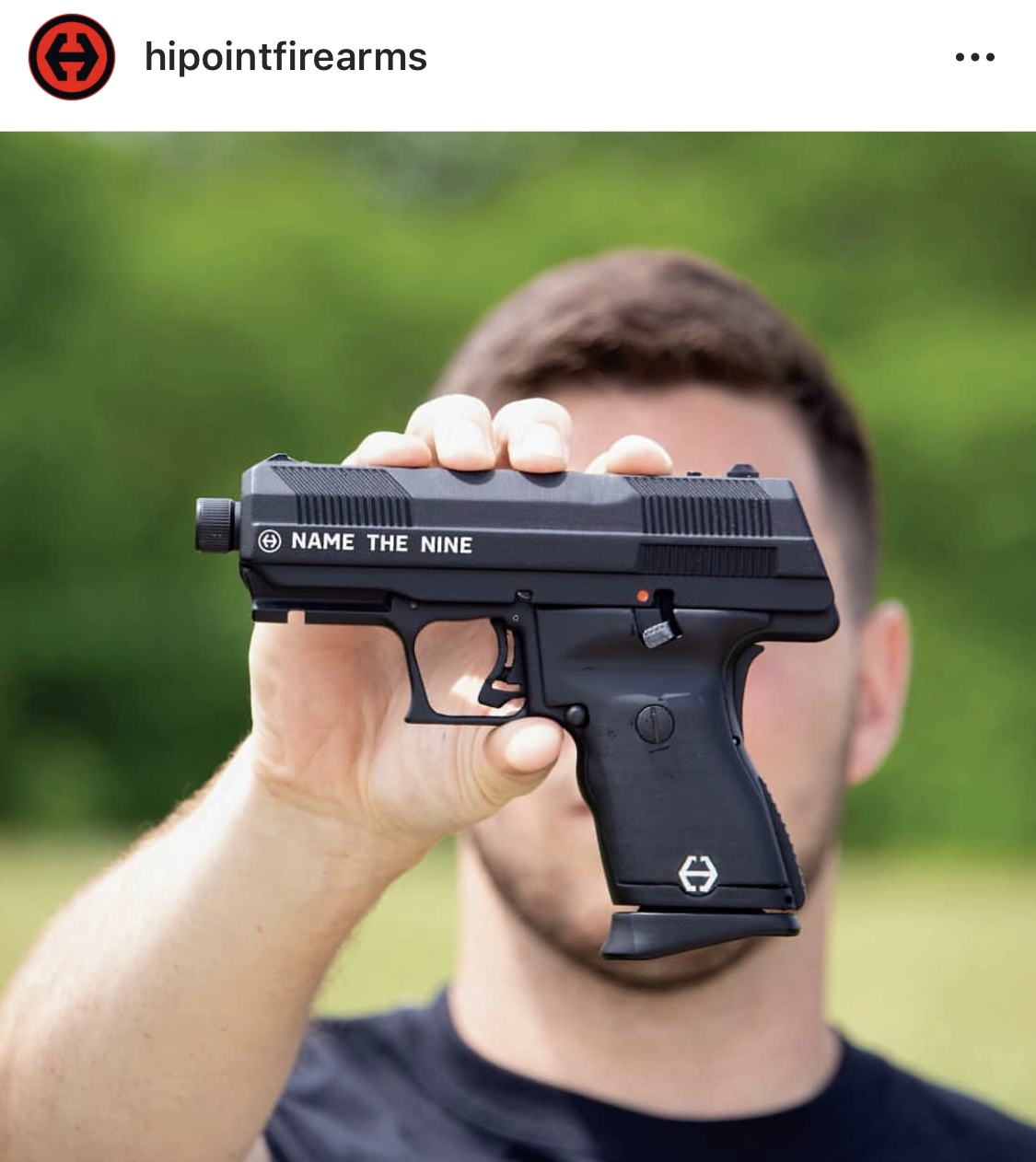 This is where it got interesting. The people of the internet proceeded to do what they do and bombard Hi-Point with various names stemming from memes and other popular internet jokes. One name stood out in particular, "Yeet Cannon". To "yeet" basically means to throw forcefully, although there are other interpretations floating around online. This name took the lead by a huge margin. 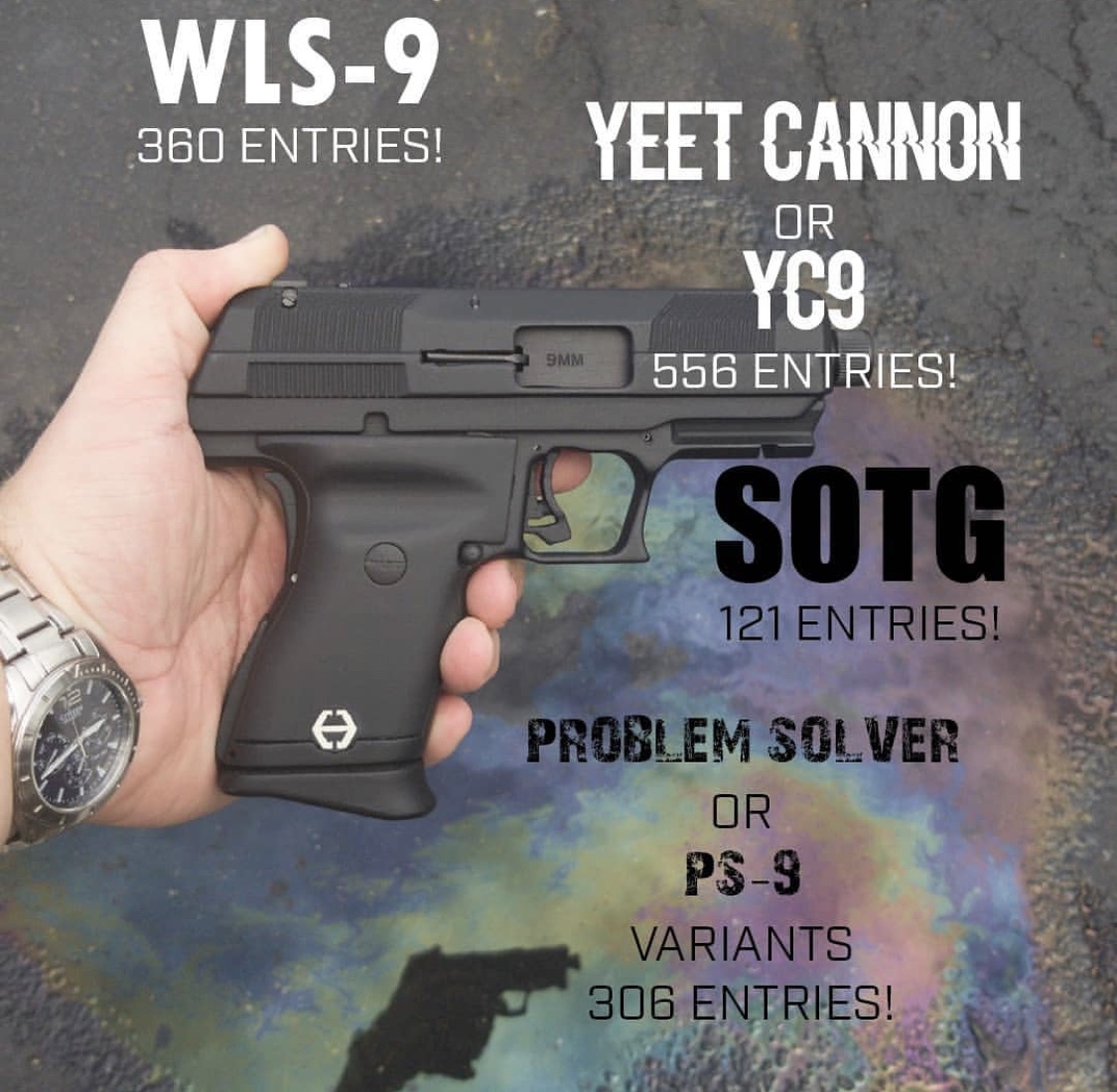 To the dismay of thousands of internet trolls, when Hi-Point announced the next round of voting, the "Yeet Cannon" no longer appeared to be in the running. 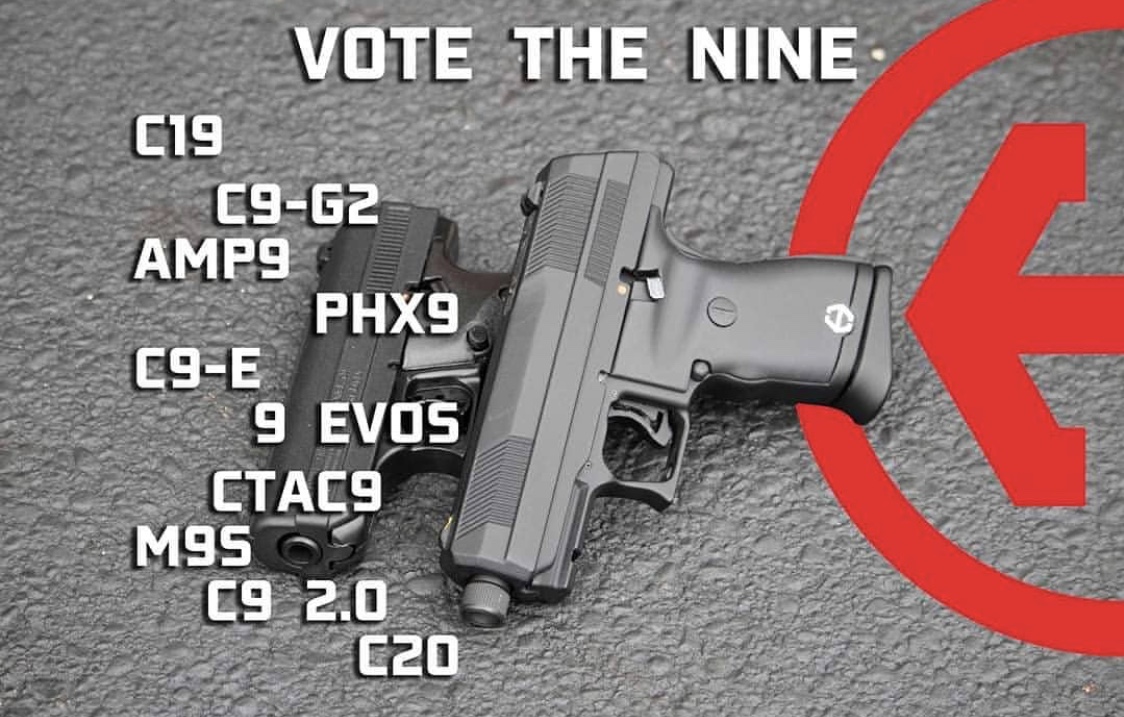 The people were outraged. Soon Hi-Point was flooded with comments, calls, emails and even a change.org petition with over 2,000 signatures demanding that they bring back "Yeet Cannon". Other manufacturers even joined in including HK's notorious social media girl. 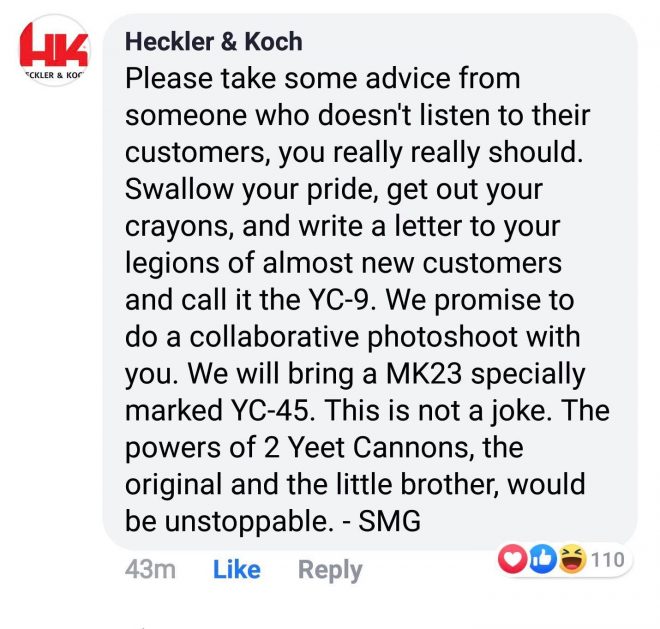 Eventually Hi-Point announced that the "Yeet Cannon" was back in the running and would be facing off against the winner of round one voting. 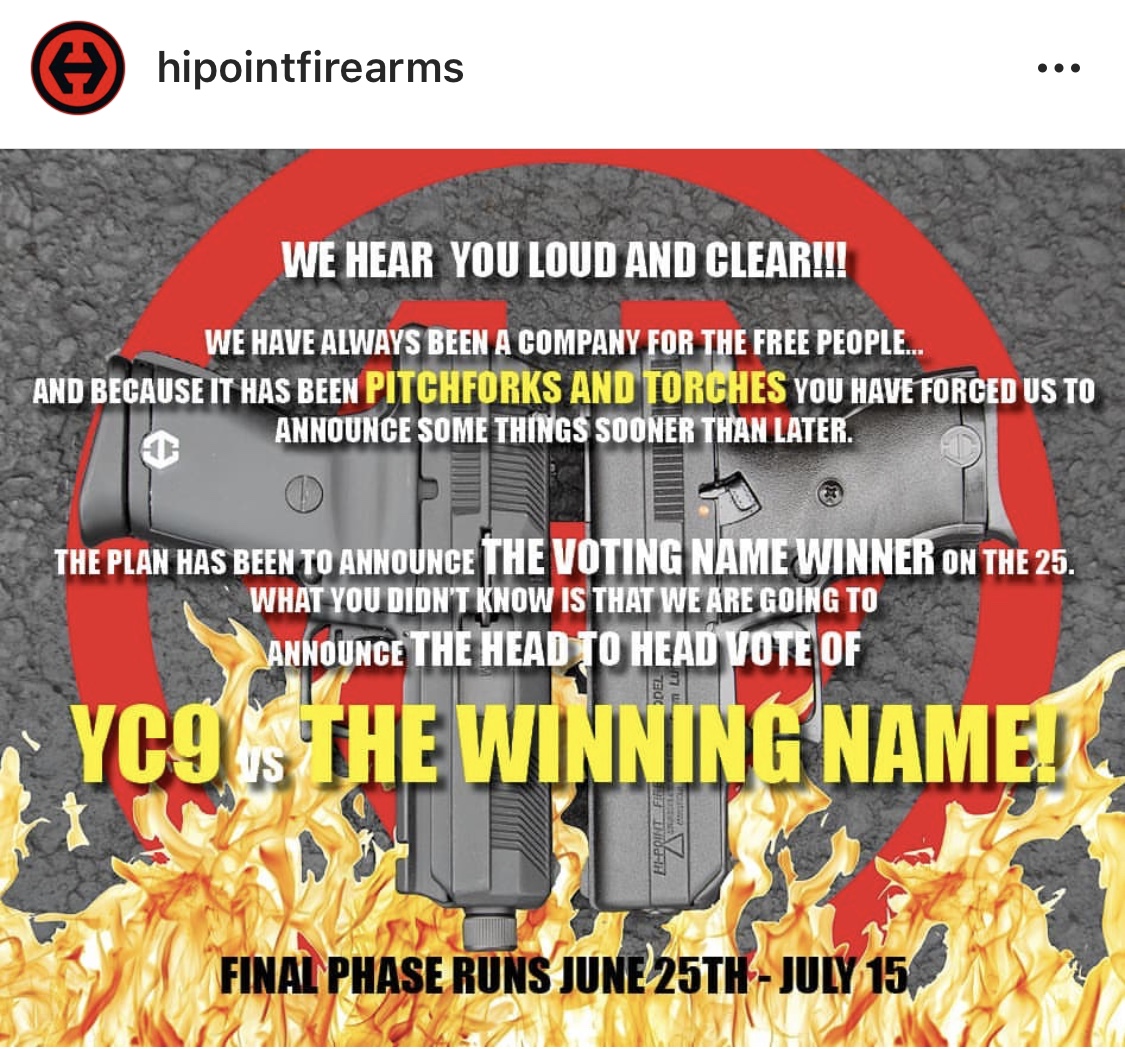 The final phase of voting was set to run from June 25th through July 15th, but with almost a half million votes it was clear that the Yeet was unbeatable. Hi-Point appears to have ended the contest early and now the hordes of keyboard warriors can rest easy knowing their precious "Yeet Cannon" is now officially in the works.

The official "Yeet Cannon", or YC-9 is set to be released later this year, but if you can't wait that long, Hi-Point has announced a limited run of the older C9 model with "Yeet Cannon" laser engraved on the slide. 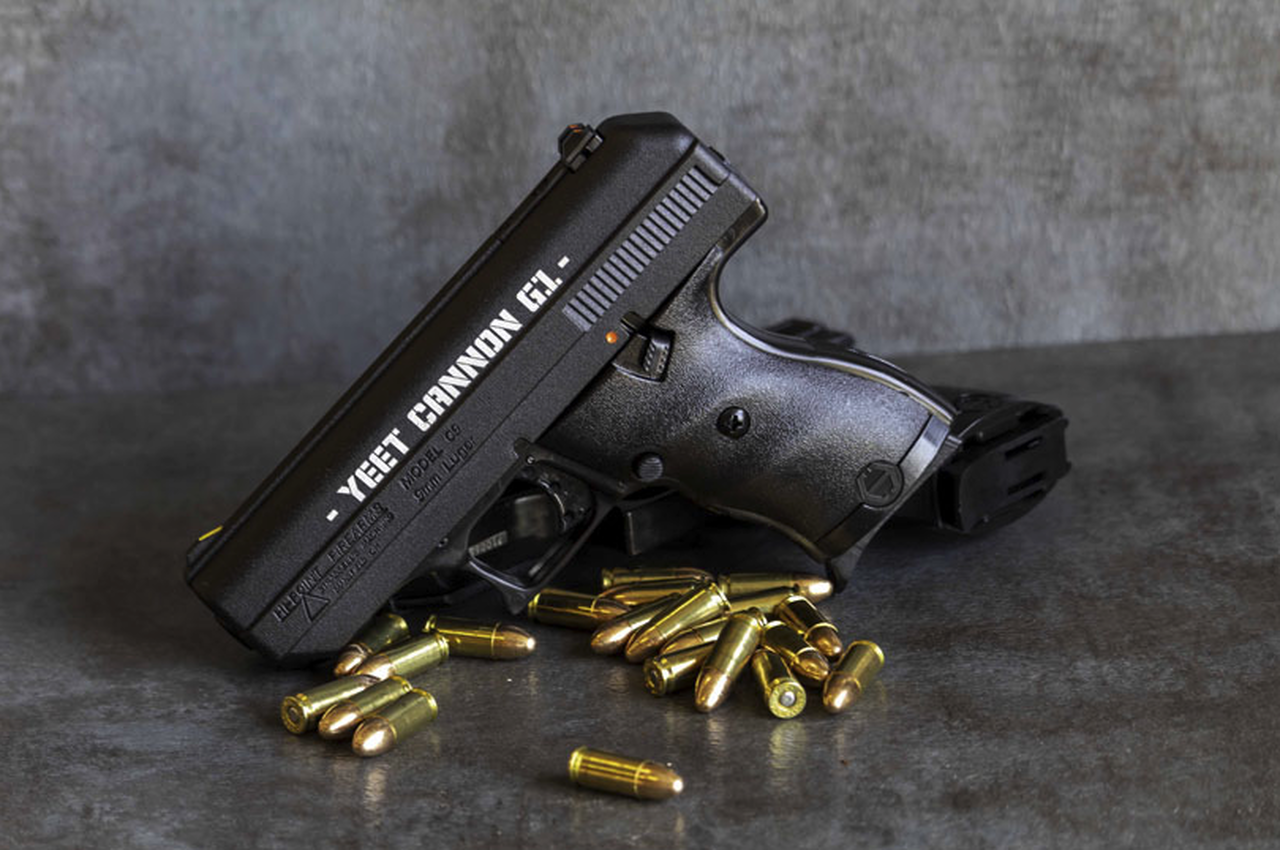 What we do know about the YC-9 is that is has a threaded barrel, ambidextrous magazine release, new slide serrations, a newly designed trigger, accessory rail, grip safety, and different grips. More details to come as we get closer to the official release date!