Pictures may not exactly represent this item. Please read the description before purchasing.
(1 review) Write a Review 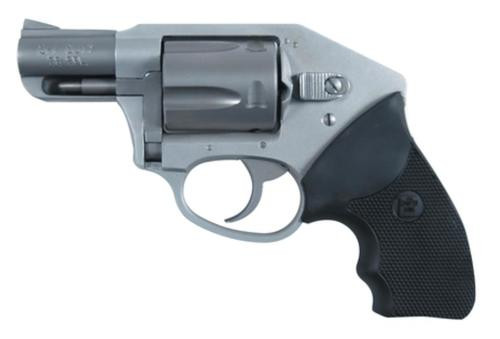 Wearing a holstered pistol is sometimes not an option. Concealment can be a challenge with some revolvers but not the Off Duty. Constructed of heat-treated aluminum and steel, this 5-shot .38 Special with a 2 barrel weighs in at only 12 oz! So comfortable to carry that youll never leave home without it.Charter Arms Off Duty revolver
.38 Special +P caliber
2" rifled barrel
8 grooves
5 round capacity
Hammer block transfer bar safety
Double-action
Concealed hammer
Shrouded ejector rod
1-piece frame
3-point cylinder lock
Black rubber combat grips
Fixed sights
Ultra-light, snag-free design
Heat-treated aluminum frame
Made in the USA
12 oz.

We want you to be 100% satisfied with your purchase from Impact Guns, therefore we offer no hassle returns.

What about damaged/incorrect items?

Other customers may have experience with this product.  Ask our customer community a question here!
(0/200)

Notify When Available
PLEASE NOTE that popular items often become available in very small quantities and sell very quickly.
Enter your email address below and we'll notify you when this item becomes available.

$346.19
Available Online In Limited Quantities
Add to Cart The item has been added

$379.89
Out of Stock, Taking Backorders
Add to Cart The item has been added

$345.29
Available Online
Add to Cart The item has been added

$236.00
Available Online
Add to Cart The item has been added

$343.99
Available Online
Add to Cart The item has been added